The early college model is based on the fundamental belief that adolescents can, and often should, start college early. By providing a tuition-free college education to high school-age students, the Bard Early Colleges are working to make this opportunity available to students across the country.

Students at our our schools graduate at higher rates.

Read more about our model’s success

4 year, public school that awards an  A.A. Degree alongside a high school diploma

The Bard High School Early Colleges (BHSECs) are four-year public schools that provide students with a two-year, tuition-free college course of study in the liberal arts and sciences following an accelerated high school curriculum in 9th and 10th grades. BHSEC students are enrolled as full-time undergraduate students in their second two years, earning up to 60 transferable college credits and an Associate in Arts (A.A.) degree from Bard College concurrently with their  high school diploma.

The BHSECs offer an integrated academic program in which college faculty, the majority of whom hold a Ph.D. in their field of study, teach both high school and college courses, all in one building. At the end of four years, students have completed their high school requirements and as much as the first two years of an undergraduate liberal arts education, at no cost to them or their families. Bard currently operates five Bard High School Early College campuses across the country.

2 year, half-time program that provides 1 year of college during the last two years of high school

The Bard Early College Centers offer a tuition-free undergraduate course of study in the liberal arts and sciences to public high school students within an existing district or network of schools. Students are enrolled as part-time collegestudents in the Bard Early College campus in the 11th and 12th grades. Students earn up to one year of transferable Bard College credits concurrently with their high school diploma, at no cost to them or their families. 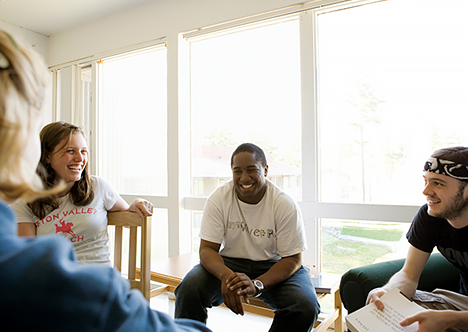 Bard College at Simon’s Rock is the nation’s first early college and the model on which the Bard Early Colleges are based; Bard Academy at Simon’s Rock is a two-year, enriched high-school program leading to early-college study. Located in Great Barrington, Massachusetts, both are private and residential, enrolling students from the 9th and 10th grades through the Bachelor of Arts degree and bridging  the whole of secondary and undergraduate education in a comprehensive six-year arc.